Manga Pick of the Week: BL Metamorphosis by Kaori Tsurutani 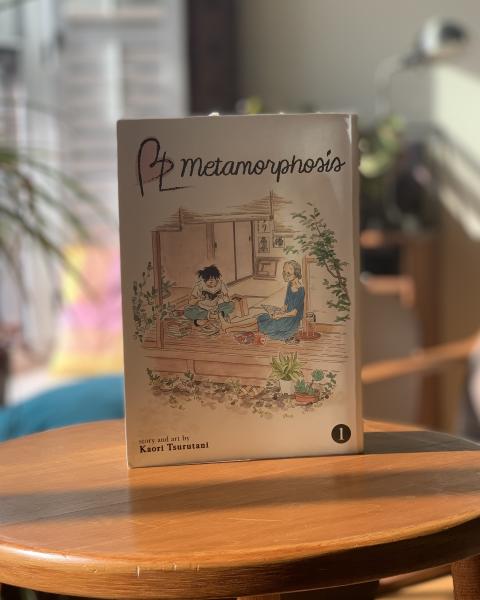 This is such a wholesome series. The concept - an older woman unknowingly buys a BL (Boys Love) manga and ends up loving it meets a younger student working at the bookstore who secretly loves BL and they become friends - is so sweet. And while it’s cute watching an older woman discover BL and start to love it unironically and her new young friend introducing her to the world, there is so much more to the characters and the series.

Both Ichinoi and Urara are lonely, in their own way. Ichinoi’s husband passed away 2 years before the beginning of the series, and her daughter is a bit distant and a little dismissive of her mother, though she does clearly love her. Urara lives with her mom who works odd hours at a hospital so she is often alone at home, and her father doesn't live with them. She’s outgoing and sociable at work but very shy and a bit of a loner at school, in part because she is embarrassed to share her love of BL with the other students. So this series is also about two lonely people meeting each other and connecting through a shared interest, ignoring age.

I also love this series because I like BL myself, and I completely understand the urge to hide that interest. BL is one of those things we're told is embarrassing and an interest we should have in secret. I certainly don’t open with it, I tend to sus people out first to see if I’ll be made fun of. Of course now I’m posting about it on the internet, so there goes secrecy. But it's fun to read about Urara, who feels similarly to me and hides her interest, befriending Ichinoi, who doesn't have that instinct, and just openly enjoys what she enjoys. There are plenty of hobbies and interests people have that they hide or are forced to defend every time they mention them, and that’s silly. Everyone should be able to proudly like what they like.

This whole series is so cute (seriously the only adjective that gets my feelings across) while also dealing with the difficulties and pain of aging alone without a partner, and of growing up with very little support and having to figure out how life and love works by yourself. I am not a big manga reader, but I really loved this series. It's a great one to start with if you're new to the genre, to read if you're an intermittent fan, or to break up the more action packed series.